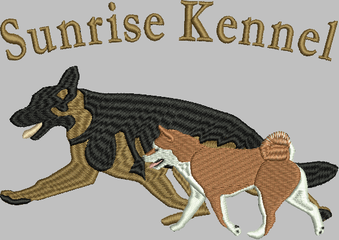 My name is Donna Gonzalez I live in Maple Valley, Washington and I breed and show German Shepherds as well as Shiba Inu's. I've been working with the German Shepherds for 20 years and the Shiba Inus for 5 years. I have also handled for other breeds of dogs for friends and clients.

While I was watching a litter of Shiba Inus for a friend I fell in love with them. I got my first shiba from Cheryl Mamiya and was totally in love with the breed. My first venture into the breed started with Luna, she is my first Shiba champion and she still is living with us and having adorable puppies. I love showing them and currently have 3 champions and working on others. I am a member of The National Shiba Inu Club of America.They are a wonderful breed.